A few years ago I got up in front of a group of human rights educators and belted out a rant on why I did what I did. I’d typed up my words in bullet points a couple of hours before speaking but only had a hard copy of what I said. The paper stayed in my pocket that night, I brought it home and had lost sight of it for all these years until today. Digging through boxes of old papers, I found it. Here is my rant: 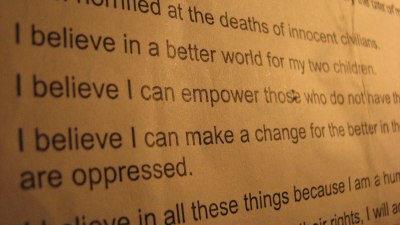